Joe Wiegand has been Medora’s Teddy Roosevelt reprisor since 2012.  Like the original TR, Joe travels throughout the country, from the White House, to all 50 states, and perhaps someplace nearby you or your family and friends.

Follow Joe’s travels here, and, where possible, enjoy his performances as Theodore Roosevelt. Then book your trip to Medora, where Joe comes to life every summer in our beautiful Old Town Hall Theater. Theodore Roosevelt comes to life in an entertaining buffet dinner show in the historic Colonial Dining Room at the Menger Hotel. Teddy will take pictures and meet and greet before and during dinner. The show starts with dessert, lasts approximately an hour and concluded with a Q & A.

Get Tickets
Save on Lodging with code TEDDY23 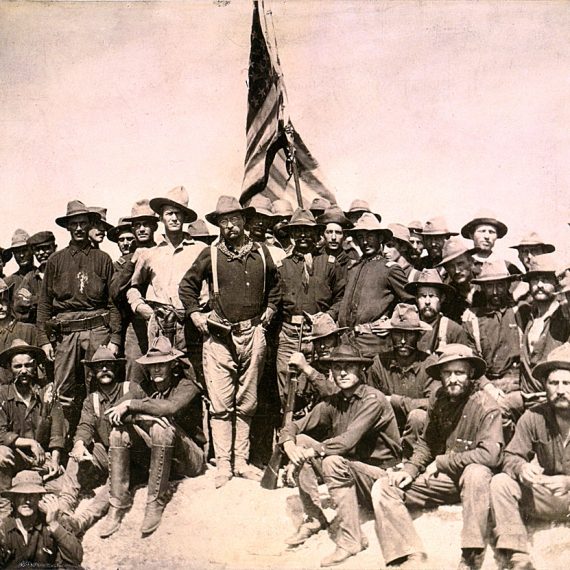 Join Teddy in commemorating 125 Years of the Rough Riders! On May 16, 1898 Theodore Roosevelt stepped off the train in San Antonio. In the following months volunteers flocked to the city the opportunity to join Roosevelt’s First U.S. Volunteer Cavalry Regiment and fight in the Spanish-American War.

These volunteers were men from across the country – Western ranchers and cowboys to East Coast elites – causing one Washington reporter to describe them as a “rough riding outfit.”

Teddy will be making private appearances in San Antonio. Learn about inviting Teddy to your event.

Join Teddy in commemorating 125 Years of the Rough Riders! On May 16, 1898 Theodore Roosevelt stepped off the train in San Antonio. In the following months volunteers flocked to the city the opportunity to join Roosevelt’s First U.S. Volunteer Cavalry Regiment and fight in the Spanish-American War.

These volunteers were men from across the country – Western ranchers and cowboys to East Coast elites – causing one Washington reporter to describe them as a “rough riding outfit.”

Teddy will be making private appearances in San Antonio. Learn about inviting Teddy to your event. 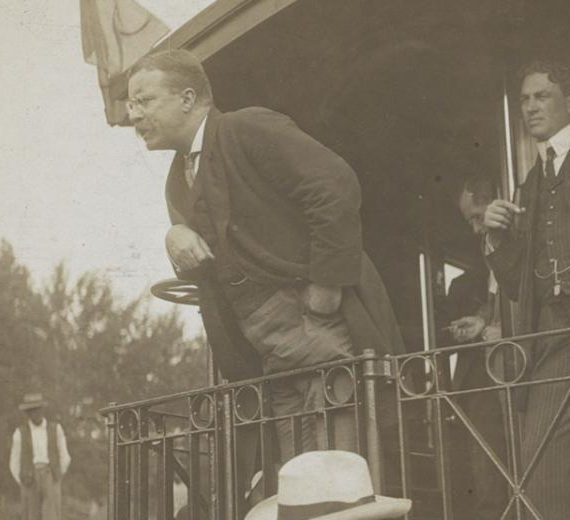 “Every man owes part of his time and money to the business or industry to which he is engaged. No man has a moral right to withhold his support from an organization that is striving to improve conditions within his sphere.” – Theodore Roosevelt 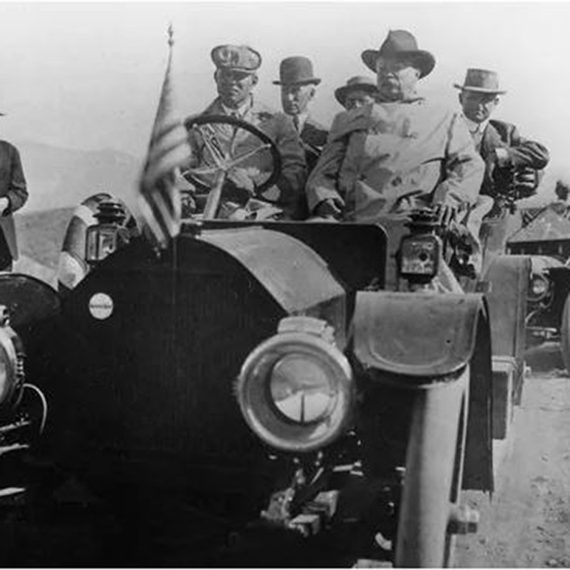 Theodore’s passion for the west and spirit of conservation inspired a love of Arizona. From his Presidential Tour of the West, to National Reclamation Act, Roosevelt’s legacy can be experienced across the state.

“Leave it as it is. You cannot improve on it. What you can do is to keep it for your children, your children’s children, and for all who come after you.” – Teddy Roosevelt, about the Grand Canyon.

Teddy will also be making private appearances in Phoenix. Learn more about inviting Teddy to your event. 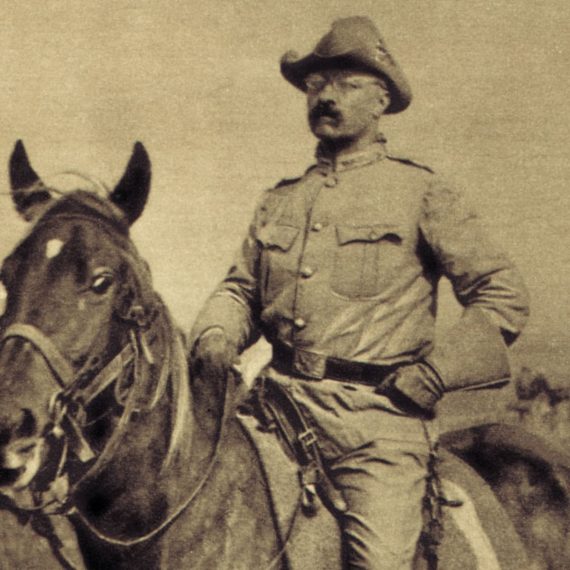 Join Teddy for a Salute to Heros at the Tioga American Legion Post 139.

Theodore Roosevelts ranks amongst the most beloved American veterans. From his legendary charge up San Juan Hill in the Spanish-American War to the building of the Navy’s Great White Fleet, Roosevelt’s legacy is indesputable. 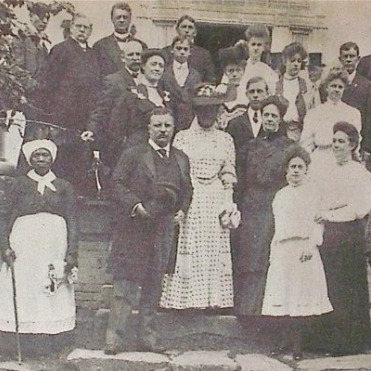 Teddy’s Georgian roots run deep – in fact he’s half Georgian! Theodore Roosevelt’s mother Martha “Mittie” Bulloch gew up in Bulloch Hall in Roswell, GA. There she and Theodore, Sr. were married in 1853. In 1905 Theodore returned as president in a historic trip through the South.

RSVP to the Gala

Where TR has Traveled

The good people of Portland came together on Veterans Day to celebrate our Veterans and commemorate the Centennial of the Unveiling of the A. Phimister Proctor statue of Theodore Roosevelt “The Rough Rider.” The statue depicts Colonel Theodore Roosevelt of the 1st United States Volunteer Cavalry Regiment atop his mount, ready as he was for war in 1898.

Teddy spoke to fourth graders about his life and adventures in North Dakota. He also told them about the Every Kid Outdoors program, which allows fourth graders and their families to visit National Parks at no cost for an entire year.

Thanks to WDAY TV News in Fargo for catching up with TR!

TR returns to his Long Island home to celebrate Independence Day with a public address, tours of the home, activities and programming for kids and families, and patriotic musical selections from Calliope Brass! 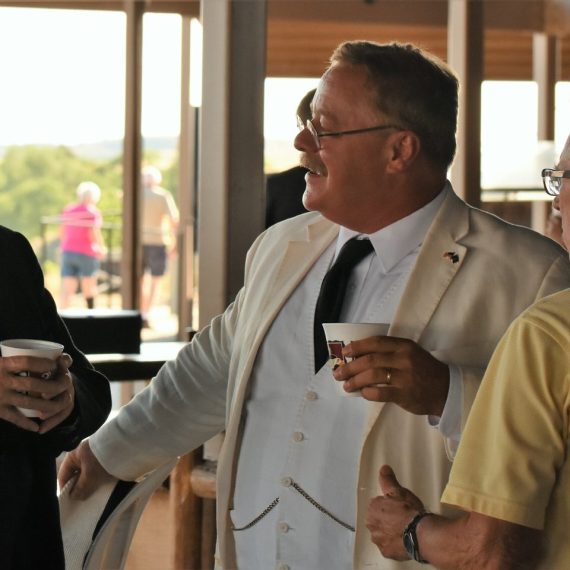 In celebration of Island Fall’s sesquicentennial, Teddy Rooseelt returns to his favorite getaway.

When young Teddy Roosevelt first visited Island Falls, Maine, he fell in love with a secluded area of forest where he visited to quietly read his Bible – now known as Bible Point. There he also met William Sewall and Wilmot Dow, men who would become lifelong friends and who would follow him to Dakota Territory to manage his ranch.

Joe Wiegand is a political science graduate of The University of the South in Sewanee, Tennessee. Joe launched his own business as a political campaign consultant and public policy expert and was working in public policy and running election campaigns when he began performing as Theodore Roosevelt in 2002.

In 2008, Joe, his wife, Jenny, daughter, Sam, and golden retriever, Faith, traveled across America in celebration of Theodore Roosevelt’s 150th birthday and the final centennial year of TR’s historic presidency. Performances at the White House and TR’s New York City birthplace highlighted the fifty state adventure. Joe has been featured as President Roosevelt in “The Men Who Built America” on the History Channel, served as the model for the newest TR sculpture at the American Museum of Natural History in New York City, and has a feature role in “National Parks Adventure” a film about our national parks still showing in IMAX theaters throughout the country. 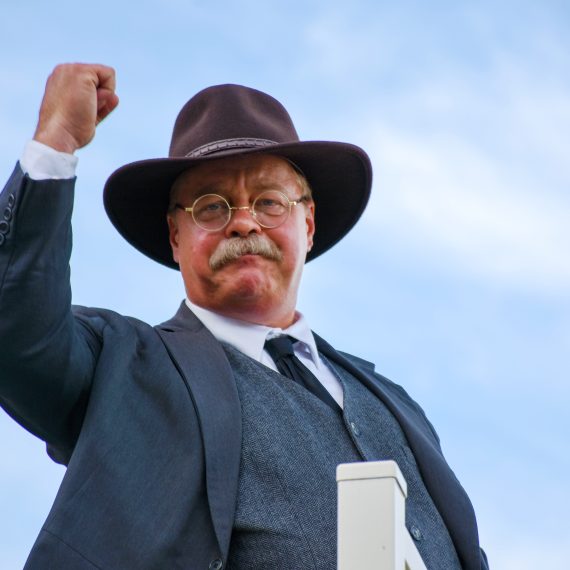 Bring Teddy To your Event

In the come and the go, Teddy may have a chance to say hello, take a picture, visit a school, or take Theodore Roosevelt Association Teddy Bears to your local children’s hospital. Reach at to Joe Wiegand if you might like to rendezvous. 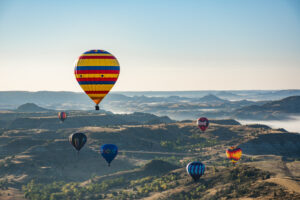 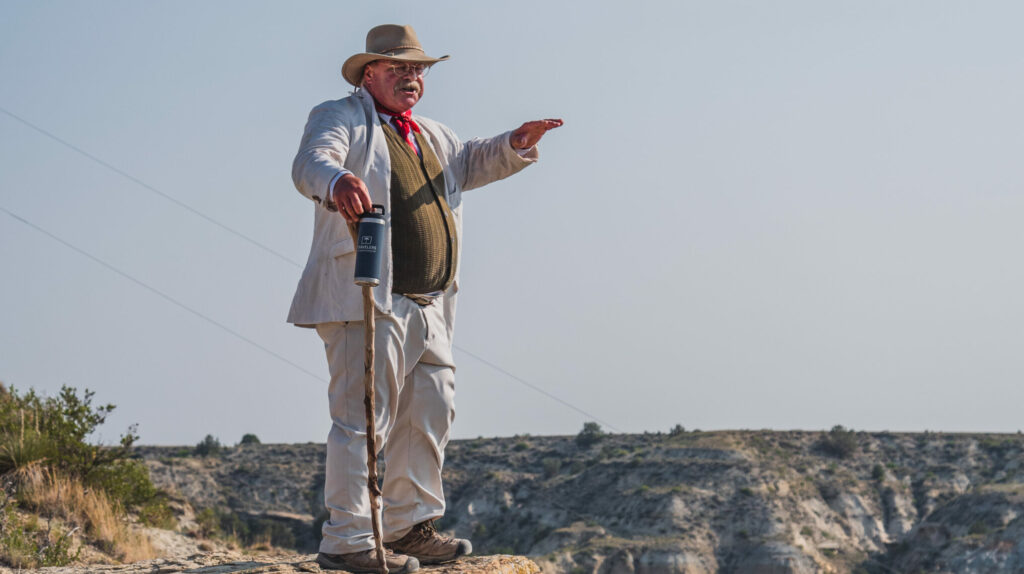 Teddy tells stories of living and ranching in the Badlands. Learn about TR’s first bison hunt, his ranching days, his love of the American West.
Learn More 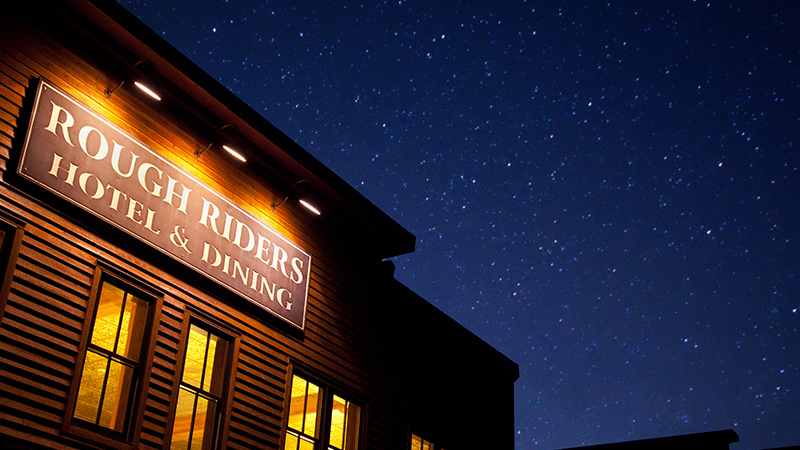 Luxury meets western charm and presidential history at the Historic Rough Riders Hotel, located in the heart of downtown Medora! 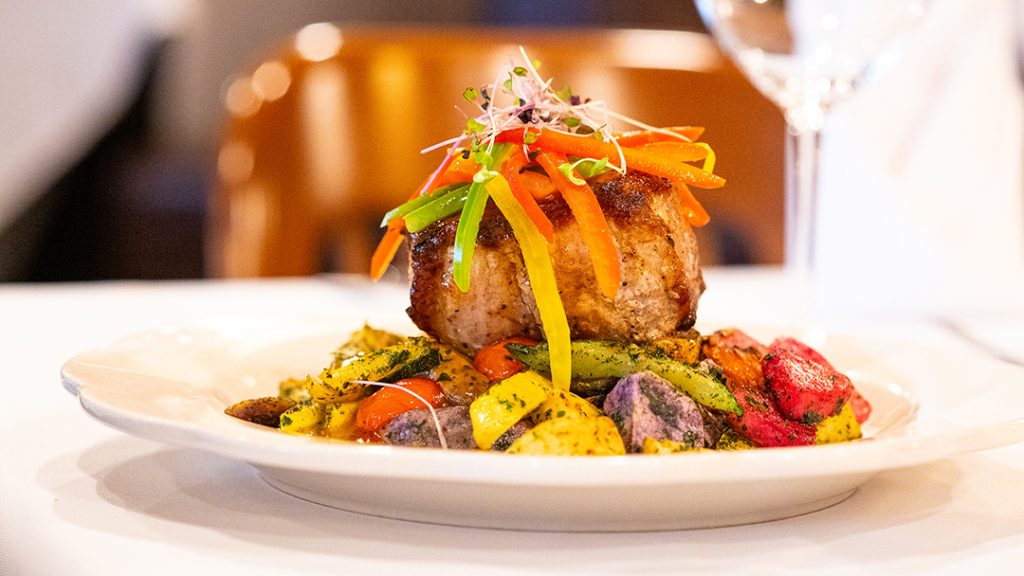 Enjoy a modern culinary experience with all the character of the old west at Theodore’s Dining Room located inside the Rough Riders Hotel!

Teddy takes to the arena at the University of North Dakota, joined by Medora talent. Come out for a night of tailgating, games, entertainment and cheering on the Fighting Hawks!
Join Us At The Game 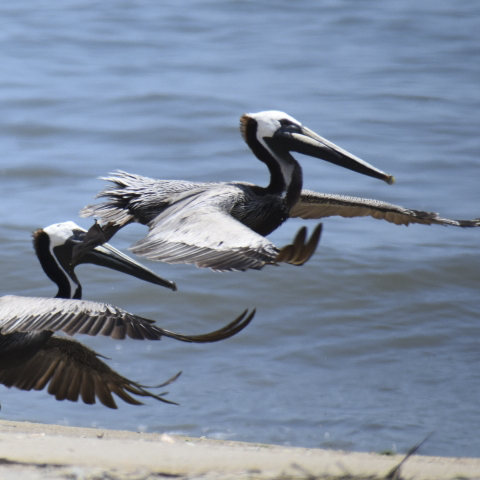 One of Theodore Roosevelt’s most impactful legacies is the conservation of American wild spaces. In 1903 TR set aside Pelican Island Wildlife Refuge as a federal bird reservation. This became the first step in founding the National Wildlife Refuge System which protects 568 national wildlife refuges and 38 wetland management districts today.

Join Teddy at the Pelican Island Wildlife Refuge to learn more about this gift to the American people. Event details coming soon. Roosevelt became enchanted by Sanibel and Captiva Islands while spending days on a houseboat fishing Pine Island Sound. Today Pine Island National Wildlife Refuge owes it’s history to Roosevelt, who established it in 1908 to protect the area’s pelicans, herons and egrets from the plume trade.

Join Teddy at the Ding Darling National Wildlife Refuge to learn more about this gift to the American people. Event details coming soon.